Skip to Main Content
It looks like you're using Internet Explorer 11 or older. This website works best with modern browsers such as the latest versions of Chrome, Firefox, Safari, and Edge. If you continue with this browser, you may see unexpected results.

Test your knowledge with this physical geography practice quiz

1. Winds are initiated by what?

2. The Coriolis effect is caused by what?

C. The rotation of the Earth

3. Because of the Coriolis effect, winds and other moving fluids are deflected to which direction in the Southern Hemisphere?

4. In the absence of friction, the combined effect of the pressure gradient and the Coriolis effect would produce what kind of winds?

C. Winds that flow parallel to the isobars

5. What does this sketch of wind flow show? 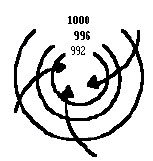 B. A low pressure center in the Southern Hemisphere, in the friction layer

6. Which of the following statements is true for a high pressure center?

A. A high pressure center is an anticyclone.

7. What does this sketch of wind flow show? 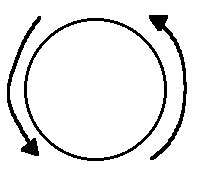 D. A high pressure center in the Southern Hemisphere, above the friction layer

8. In the Northern Hemisphere, which of the following statements would be true of the wind pattern around a low pressure cell on the surface?

A. It would be convergent, with winds moving counterclockwise.

9. Warm temperatures or air converging and rising from the surface are most likely to produce what kind of pressure at the surface?

10. Cold temperatures or air subsiding from above are most likely to produce what kind of pressure at the surface?